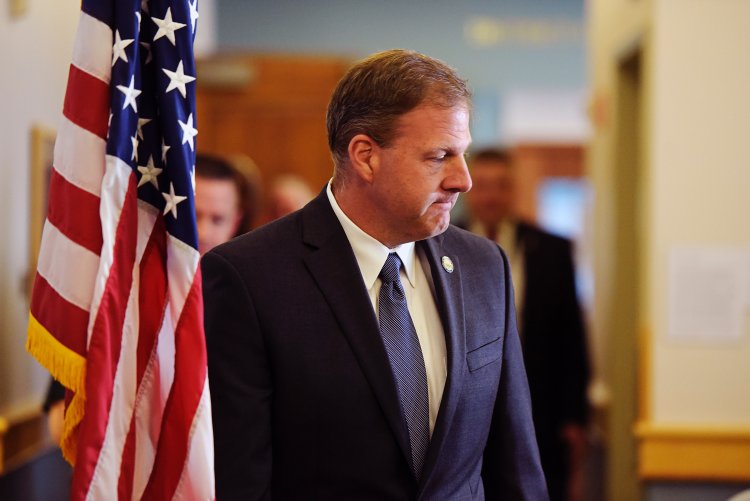 Sununu earned a bachelors degree in civil and environmental engineering from the Massachusetts Institute of Technology. He has served as chief executive officer of the Waterville Valley Resort in New Hampshire. Sununu is a son of former New Hampshire Governor and White House Chief of Staff John H. Sununu, and a younger brother of former U.S. Representative and Senator John E. Sununu.

In January 2021, Sununu began his third term as governor of New Hampshire, one term short of the modern record of four served by John Lynch from 2005 to 2013.

Sununu is one of eight siblings, including older brother John E. Sununu, a former U.S. Senator and U.S. Representative. He was born and raised in Salem, New Hampshire.

His fathers paternal ancestors came to the United States from the Middle East around the start of the 20th century, while his paternal grandmother was born in El Salvador to a family of Greek Orthodox Christian Lebanese people who had settled in Central America at the turn of the century. His fathers paternal ancestry is Lebanese and Palestinian from the Greek Orthodox communities in Jerusalem. Despite the familys emigration from Jerusalem, some members of the family were from Beirut. His father, John, was born in Havana, Cuba. His paternal grandfather, also named John, was born in the United States, and most of the last two generations of Sununus were also born in the U.S. His mother Nancy is descended from emigrants from Ireland, Scotland and England. When he took office as governor, Sununu was sworn in with a Greek Orthodox New Testament Bible belonging to his family.

Chris Sununu Married with wife Valerie and the Couple have three children.

Sununu worked as an environmental engineer designing systems and solutions for cleaning up waste sites under the supervision of licensed engineers. He specialized in soil and groundwater remediation, wastewater treatment plants, and landfill designs. In 2002, he became an "engineer in training" in California.

From 2006 to 2010, Sununu was an owner and director of Sununu Enterprises, a family business and strategic consulting group in Exeter, New Hampshire. It focuses on local, national and international real estate development, venture technologies and business acquisitions.

In 2010, Sununu led a group of investors in the buyout of Waterville Valley Resort, where he worked as Chief Executive Officer, employing over 700 people in the White Mountains region. Sununu led an aggressive expansion effort of the ski resort in cooperation with the United States Forest Service. The resort offers skiing, golf, tennis, mountain biking, and an ice arena.

Sununu was a member of the New Hampshire Executive Council from 2011 to 2017.

On December 16, 2015, the Governors Advisory Commission on the Intermodal Transportation (GACIT) presented the 10-Year Plan for 2017–2026 to the governor of New Hampshire. Sununu, as a voting member of GACIT, helped develop the blueprint, which "aggressively addressed financial constraint, assuming federal funding of about $160 million per year."

In 2010, Sununu joined the other four Executive Council members in voting unanimously to release Ward Bird from his mandatory three- to six-year prison sentence for threatening another person with a gun. The council voted to grant Bird a full pardon. Bird was convicted of brandishing a gun at a woman who trespassed on his posted property in 2008. But Lynch, who had never granted a pardon during his tenure, vetoed the measure, saying the judicial system had given Birds case a thorough review and he would not undermine it. The council then immediately voted to commute Birds sentence and Lynch let that vote stand.

In 2011, Sununu led a series of public hearings to review proposals for Managed Medicaid, a program to help New Hampshire Medicaid recipients to coordinate their health care. It also helps Medicaid recipients with chronic diseases like diabetes, asthma, obesity, and mental illness. Through this program, Medicaid recipients have wellness and prevention programs as a part of their Medicaid benefit.

In 2014, a 300-page, $292 million amendment to the states Medicaid program came before the Executive Council only two hours before the scheduled vote. Republicans Joseph Kenney and Sununu urged Governor Lynch and other Democrats present not to vote for the contract, but lost the vote 3–2, along party lines.

On May 14, 2019, Sununu announced that he would seek a third term as governor, rather than challenging incumbent Democratic Senator Jeanne Shaheen in the 2020 election.

After securing the Republican nomination, he defeated New Hampshire Senate Majority Leader Dan Feltes in the general election, 65.2% to 33.4%, becoming the first candidate in New Hampshire history to earn 500,000 votes.