Quinton Lucas is us mayor of Kansas City since 2019 know all about him in this article as like his Family, Net Worth, Parents, Wife, Children, Education and Career Earnings 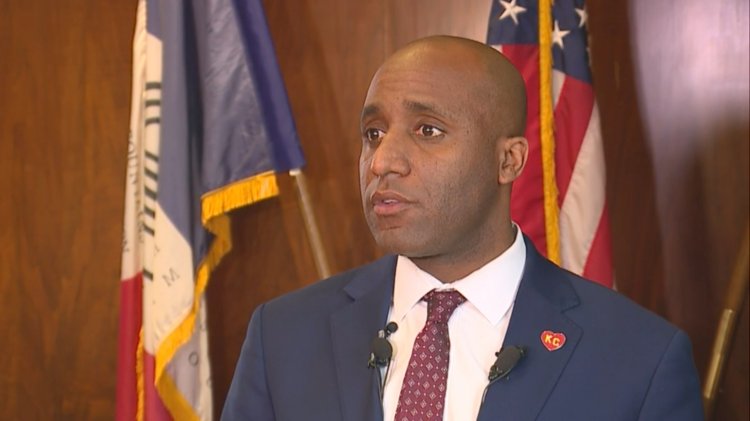 Quinton Donald Lucas is an American politician serving as the 55th and current mayor of Kansas City, Missouri. He was elected in 2019 and is the city's third African-American mayor. Before his election, he was a law school professor, community leader, and city council member.

Lucas married his longtime girlfriend Katherine Carttar on April 9, 2021. That same month, the couple welcomed a son who they named Bennett. Lucas lives in the historic 18th and Vine district.

In 2015, Lucas won a city council seat representing the Third-District-at-Large, gaining more than 70% of the vote. His message was concerned with bridging the cultural and socioeconomic gaps between the eastern and western areas of the city. When asked about the greatest challenge facing Kansas City, Lucas said, "How do we get people from jobs in my part of the city, the east side of Kansas City, off into other parts of the city or even to Kansas?"

Housing policy became a primary focus once Lucas joined the city council. He advocated both the development of new housing supply and the renovation of existing properties. Lucas played a decisive role in shaping a 2018 ordinance that defined affordable rent as equaling 30% or less of the city's median income, which was then $1,100 a month. In an interview with the Kansas City Business Journal, Lucas said that "$1,000 a month is still pretty high for a lot of people, but what we’re trying to do is say that we will not give incentives based on affordability standards for units that are north of that figure.”

During discussions surrounding the finance and development of a new airport in August of 2017, Lucas advocated for transparent municipal decision-making by calling for fewer closed Council sessions. He told The Kansas City Star, “I think the spirit of the Sunshine Law is not for council to deliberate on myriad issues on public policy in secret.”

On March 10, 2020, Lucas attempted to vote in the Missouri Democratic presidential primary, but was turned away at the polls because a worker mistakenly entered his name as "Lucas Quinton." The mayor used the incident to highlight the importance of voting, and his tweet describing the situation received over 13,000 likes. He later returned to the polls and successfully cast a vote.

In late August of 2020, citizens organized a petition to remove Lucas from office, but were unsuccessful. These petitioners criticized Lucas's response to the COVID-19 pandemic and said that his mask regulations were harming the city's small businesses.