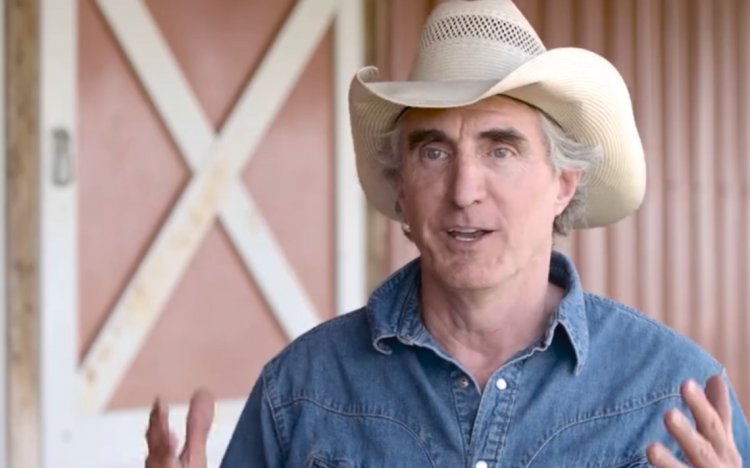 Douglas James Burgum is an American entrepreneur and politician serving as the 33rd and current Governor of North Dakota since 2016. He is a member of the Republican Party.

Burgum joined Great Plains Software in 1983 and became its president in 1984. He sold the company to Microsoft for $1.1 billion in 2001. At Microsoft, he became the head of Microsoft Business Solutions. He began serving as chairman of the board for Atlassian in 2012. He also served on the board for SuccessFactors starting in 2007 and as chairman from 2010 to 2012. Burgum is the founder of Kilbourne Group, a Fargo-based real-estate development firm, as well as a co-founder of Arthur Ventures.

In 2016 Burgum announced his intention to run for the governorship of North Dakota as a Republican. With no formal political experience and despite losing the state partys endorsement to longtime Attorney General Wayne Stenehjem at the party convention in April, Burgum defeated Stenehjem in the primary election to claim the Republican nomination. He faced Democrat Marvin Nelson and Libertarian Marty Riske in the November general election; he won with over 75% of the vote. He was reelected in 2020 with 66% of the vote.

Burgum was born on August 1, 1956 in Arthur, North Dakota, where his grandfather had founded a grain elevator in 1906. He is the son of Katherine (Kilbourne) and Joseph Boyd Burgum.

Burgum married his first wife, Karen Stoker in 1991. They have three children and divorced in 2003. In 2016, Burgum married Kathryn Helgaas.

Following his graduation from Stanford GSB, Burgum moved to Chicago to become a consultant with McKinsey & Company. Soon afterward he mortgaged $250,000 of farmland to provide the seed capital for accounting software company Great Plains Software in Fargo, North Dakota. He joined the company in 1983 and became its president in 1984 after leading a small investment group composed of family members in buying out the rest of the company.

During the 1980s, Fortune magazine often ranked Great Plains among the top 100 companies to work for in the United States. Burgum grew the company to about 250 employees by 1989 and led the company to about $300 million in annual sales and a 1997 IPO, after using the Internet to help it expand beyond North Dakota. In 2001 he sold Great Plains Software to Microsoft for $1.1 billion. Burgum has said he built the company in Fargo because of its proximity to North Dakota State University, in order to employ its stream of engineering students.

After the sale, Burgum was named Senior Vice President of Microsoft Business Solutions Group, the offshoot created from merging Great Plains into the corporation. He stayed with Microsoft until 2007 and was responsible for making enterprise apps a priority for Microsoft during this tenure. Satya Nadella, current CEO of Microsoft, has credited Burgum with "inspiring him to find the soul of Microsoft".

Burgum has served on the advisory board for Stanford Graduate School of Business and was on the board of SuccessFactors during the 2000s, becoming its chairman from 2007 till the 2011 sale of the company to SAP. In 2012 he became the first chairman of the board for Atlassian, after it expanded from its initial board of three members (none of whom served as the official chair). During 2011 and 2014, he twice spent several months as the interim CEO of Intelligent InSites, a company for which he has served as the executive chairman of the board since 2008. That year he also became a member of Avalaras board of directors.

Burgum is the founder of the Kilbourne Group, a real-estate development firm focused on Downtown Fargo. In 2013 he created plans to build the tallest building in Fargo—a 23-story mixed-use building—to be named either Block 9 or Dakota Place. The company has also advocated for a convention center to be built in Downtown Fargo. It has acquired and renovated many Fargo properties, including the former St. Marks Lutheran Church and the former Woodrow Wilson alternative high school. Burgum co-founded Arthur Ventures, a venture capital company. Several of the companies he has invested in are in Fargo.

Burgum supports philanthropic causes like the Plains Art Museum. In 2001 he donated a refurbished school building he had acquired in 2000 to North Dakota State University. It was named Renaissance Hall and became home to the universitys visual arts department, major components of the architecture and landscape architecture department and the Tri-College University office. In 2008 Burgum started the Doug Burgum Family Fund, which focuses its charitable giving on youth, education and health.

In 2016, Burgum announced his intent to run for governor of North Dakota as a Republican. With no formal political experience, Burgum lost the state Republican partys gubernatorial endorsement contest to longtime Attorney General Wayne Stenehjem at the party convention in April. Nevertheless, he defeated Stenehjem handily in the primary election two months later to claim the nomination. Burgum faced Democrat Marvin Nelson and Libertarian Marty Riske in the November general election and won with over 75% of the vote.

Burgum ran for reelection in 2020. He was reelected with over 65% of the vote against veterinarian Shelley Lenz.