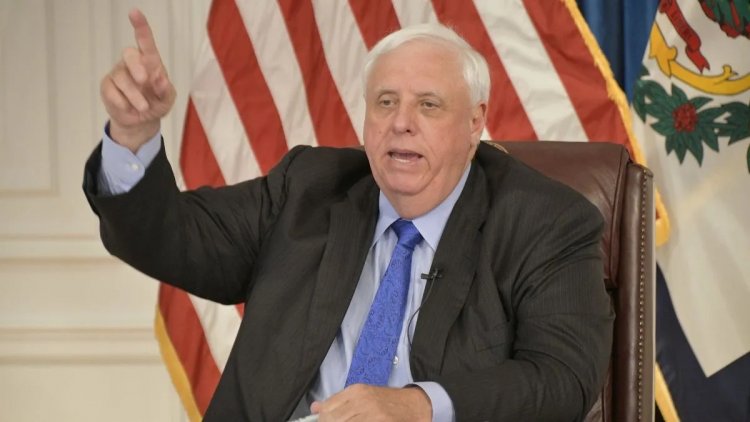 James Conley Justice II is an American businessman and politician who has been serving as the 36th governor of West Virginia since 2017. Justice once had a net worth of $1.2 billion in September 2018, making him the wealthiest person in West Virginia, though it has since declined to $513.3 million as of October 2021. He inherited a coal mining business from his father and built a business empire with over 94 companies, including the Greenbrier, a luxury resort in White Sulphur Springs.

In 2015, Justice announced his candidacy for governor in the 2016 West Virginia gubernatorial election. Although Justice was a registered Republican before running for governor, he ran as a Democrat and defeated the Republican nominee, Bill Cole. Less than seven months after taking office, Justice switched back to the Republican Party after announcing his plans at a rally with U.S. president Donald Trump in the state. In the 2020 gubernatorial race, he won re-election over Democratic challenger Ben Salango.

Justice met his wife, Cathy in high school. They have two children, Jay and Jill, and one dog, Babydog.

After college, Justice went into the family agriculture business. Justice founded Bluestone Farms in 1977, which now operates 50,000 acres (20,000 ha) of farmland, and is the leading producer of grain on the East Coast of the United States. During that time, he also developed Stoney Brook Plantation, a 15,000-acre hunting and fishing preserve in Monroe County. Justice is a seven-time national corn growing champion. After the death of his father in 1993, Justice inherited ownership of Bluestone Industries and Bluestone Coal Corporation. In 2009, he sold some of his coal business to the Russian company Mechel for $568 million. In 2015, after a huge drop in the price of coal which led Mechel to close some of the mines, he bought the business back for just $5 million. Since buying back the mine from Mechel, Justice re-opened several of the mines and hired over 200 coal miners.

Justices mining companies have been under the spotlight for alleged cases of safety violation and unpaid taxes; in 2016, NPR called him the "top mine safety delinquent" in the United States. Justice allegedly owed millions of dollars to the government in back taxes, and unpaid coal mining fees and fines: "His mining companies owe $15 million in six states, including property and minerals taxes, state coal severance and withholding taxes, and federal income, excise and unemployment taxes, as well as mine safety penalties, according to county, state and federal records." Two debt-related lawsuits were settled in 2019 and in 2020 mining companies owned by Justice or his family agreed to pay $5 million in delinquent safety fines.

According to a ProPublica investigation, Justice paid more than $128 million in judgments and settlements over unpaid bills by his businesses.

Forbes estimates Justices net worth at $1.6 billion. Justice serves as the owner or chief executive officer of over 50 companies, including the Greenbrier in White Sulphur Springs, West Virginia, which he bought for $20.5 million in 2009, preventing its bankruptcy. Justice is in the process of building a new mountaintop golf course with golfers Jack Nicklaus, Gary Player, and Lee Trevino. Arnold Palmer was involved before his 2016 death.

As of 2014, he owned 70 active mines in 5 states. His charitable activities have included $25 million for the James C. Justice National Scout Camp at The Summit Bechtel Family National Scout Reserve, $5 million for Marshall University, and $10 million to the Cleveland Clinic. Justice gives away more than $1 million in Christmas gifts annually through the Dream Tree for Kids campaign.

Before taking office as governor, Justice resigned from all the executive positions he held at his business. He placed his daughter Jill in charge of the Greenbrier and his son Jay in charge of his mining and agriculture businesses. He has said he will place all his assets in a blind trust, but that the process will take time because of their complexity. During the 2020 COVID-19 pandemic, Justice and his familys businesses received at least between $11 million and $24 million in aid through the Paycheck Protection Program. His luxury resort, the Greenbrier Hotel Corporation, received a loan of between $5 million and $10 million, but the company did not promise to retain any jobs in exchange for the aid.

As governor of West Virginia, he is in charge of the state agencies that regulate many of his businesses.

In 2015, Justice declared his candidacy for Governor of West Virginia in the 2016 election as a member of the Democratic Party. He had been a registered member of the Republican Party until changing his registration in February 2015. This was his first time running for political office. In May 2016, Justice won the Democratic nomination for governor and ran against Republican nominee Bill Cole in the general election. On November 8, Justice won the election.

Justice was endorsed by the United Mine Workers.

In January 2019, Justice declared his re-election campaign to try to win another term. For his second bid, he ran as a Republican after previously changing his party registration following a 2017 rally with President Donald Trump. During the primaries, he defeated multiple challengers within his party.

Throughout the general election campaign season, he focused on his COVID-19 response, the states budget surplus, and his work on the substance abuse crisis. Several polls had him winning by a large margin against Kanawha County Commissioner Ben Salango in the months leading up to Election Day. On November 3, 2020, he defeated Salango in the race for the governorship. With his win, he became the first West Virginian Republican gubernatorial candidate to win since Cecil Underwood in 1996 and the first GOP incumbent to win a second term since Arch A. Moore Jr. in 1976.

The United Mine Workers endorsed Justices opponent Ben Salango after having previously endorsed Justice in his 2016 gubernatorial campaign. However, Justice did receive the endorsement of the West Virginia Coal Association, saying Justice had "worked to protect the miners, increase coal production, and explore innovative ways to use coal for new products and downstream job opportunities".

Justice took office as governor on January 16, 2017. He is known for using colorful metaphors and digs at political opponents.

To improve West Virginias budget situation, he has proposed raising the states revenue by $450 million, primarily by increasing the consumer sales tax, reinstituting the business and occupation (B & O) tax, and establishing a "rich mans" tax. He also opposed plans to cut health and education spending. On April 13, 2017, while vetoing a budget bill passed by the Republican-controlled West Virginia Legislature, Justice said the bill was "nothing more than a bunch of political you-know-what" and showed a prop featuring bull feces on a print copy of the bill.

On August 3, 2017, Justice announced that he had rejoined the Republican Party. He made the announcement at a rally hosted by President Donald Trump in Huntington and also confirmed his support for the sitting president. Justice said that he was returning to the GOP because he could not support President Trump as a member of the Democratic Party. The announcement came as a surprise to his own staff. This also made Justice the first Republican governor of West Virginia since Cecil Underwood in 2001.

In 2020 Justice signed into law the Critical Infrastructure Protection Act, which created felony penalties for protests targeting oil and gas facilities. The law, which was passed with the support of Dominion Energy, the West Virginia Oil and Natural Gas Association, and the American Fuel and Petrochemical Manufacturers trade association, was described by its sponsor John Kelly as having been "requested by the natural gas industry".