Jim Kenney is us Mayor of Philadelphia know all about him in this article as like his Family, Net Worth, Parents, Wife, Children , Education and Career Earnings 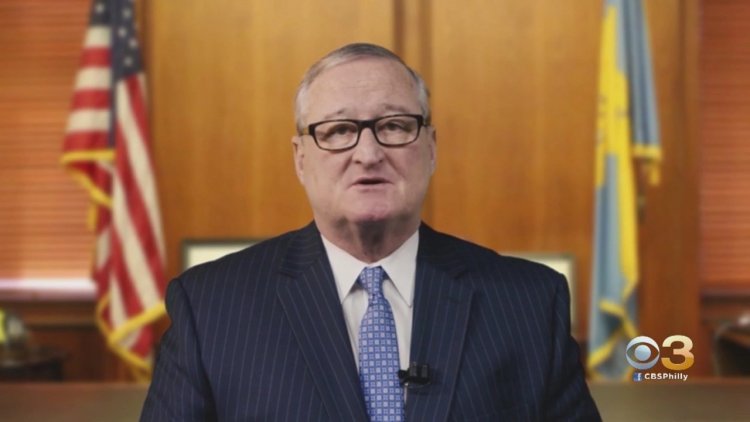 James Francis Kenney is an American politician who is the 99th Mayor of Philadelphia. He was first elected on November 3, 2015, defeating his Republican rival Melissa Murray Bailey after winning the crowded Democratic primary by a landslide on May 19.

Before he became mayor, Kenney was a member of the Philadelphia City Council for 23 years, serving as a Councilman at Large from January 1992 until January 29, 2015, when he resigned to run for mayor. Kenney was re-elected to a second term as mayor on November 5, 2019. His term will expire in 2024.

Jim Kenney was born on August 7, 1958 in the Whitman neighborhood of South Philadelphia. His father was a firefighter and his mother was a homemaker. His parents both worked second jobs to put Jim and his four siblings through private Catholic schools.

Kenney has two adult children, Nora and Brendan, with his former wife Maureen. Kenney and Maureen separated in 2010. They formally divorced in 2018.

As of December 2019, Kenney is engaged to Letitia Santarelli. Santarelli was the head coach of the St. John Neumann and Maria Goretti Catholic School girls basketball team, taking the school to the state championship. The couple started dating in 2015. Kenney first made his relationship with Santarelli public when she accompanied him to Iceland as part of a cultural exchange to mark the first-ever direct flights between Reykjavík and Philadelphia in 2017. Kenney was an annual participant in Philadelphia's Mummers Parade.

In 2010, Kenney sided with the local firefighters' union when Mayor Nutter took action to remove the collective bargaining rights of paramedics.

In 2014, Kenney successfully introduced legislation that ended arrests for possession of small amounts of marijuana. The bill replaced incarceration with the requirement to pay a fine. In advocating for the bill, Kenney had cited the disproportionate effect of arrests for small amounts of marijuana on African-Americans. Philadelphia became the largest city in the country to decriminalize pot.

Kenney garnered criticism from local and national economic commentators when he proposed bonus pension payments, distributing funds when pension plans exceed target returns in any given year even though solvency depends on retaining above-average earnings to prepare for years with below-average earnings.

While on the Philadelphia City Council, Kenney worked as a consultant at Vitetta Architects and Engineers, served on the Independence Blue Cross board, and was an adjunct professor at the University of Pennsylvania. He gave up these positions when he was elected mayor in 2015.

Incumbent Democratic Mayor Michael Nutter could not run for re-election to a third consecutive term due to the home-rule charter's two-term limit. Registered Democrats hold a formidable 7-to-1 ratio over registered Republicans in Philadelphia, giving Democratic candidates a distinct advantage in citywide elections. The mayoral primary elections were held on May 19, 2015. Kenney won the primary in a landslide with 55.83% of the vote, defeating a crowded field of five other Democratic candidates, including Anthony H. Williams and former District Attorney Lynn Abraham. Republican Melissa Murray Bailey, a business executive, ran unopposed for the Republican nomination. Kenney won with 85.1% of the vote. Kenney was inaugurated as the 99th Mayor of Philadelphia on January 4, 2016.

Kenney was reelected in 2019. The Democratic primary was held on May 21, 2019 and he defeated former City Controller Alan Butkovitz and Pennsylvania State Senator Anthony Hardy Williams with 67% of the vote. On November 5, 2019, Kenney won re-election by defeating Billy Ciancaglini, a Philadelphia defense attorney and fellow La Salle grad, in the general election with more than 80% of the vote.