John Cooper is us mayor of Nashville, Tennessee since 2019 know all about him in this article as like his Family, Net Worth, Parents, Wife, Children , Education and Career Earnings 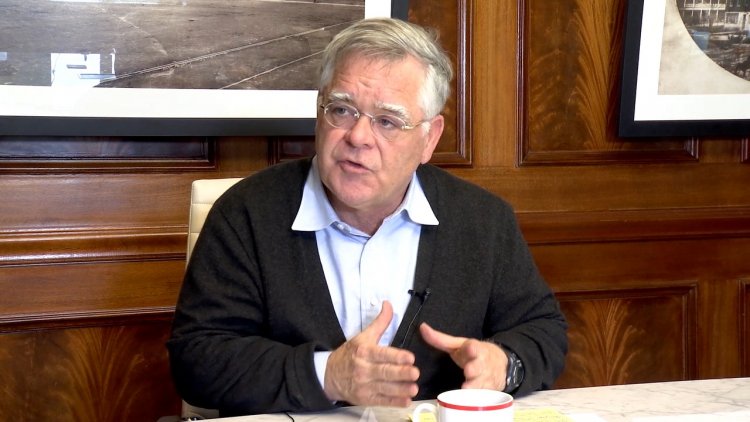 John Cooper is an American politician and businessman who is the mayor of Nashville, Tennessee. A Democrat, he served as a councilman at-large on the Metropolitan Council of Nashville and Davidson County from 2015 until 2019. He is the brother of U.S. Representative Jim Cooper, who represents Tennessee's 5th congressional district, which is based in Nashville.

Cooper was born in Nashville and raised in Shelbyville, Tennessee. Cooper earned his bachelor's degree from Harvard University and his Master of Business Administration from Vanderbilt University in 1985. He worked in finance for Shearson Lehman Brothers on Wall Street, before returning to Nashville to work in real estate development in Williamson County, Tennessee.

In 1980, Cooper worked on the congressional campaign of Buddy Roemer and the campaign of Jane Eskind for the Tennessee Public Service Commission. Roemer hired Cooper, then 23 years old, as his chief of staff. In 1982, Cooper returned to Nashville to help his brother, Jim, run for the United States House of Representatives in Tennessee's 4th congressional district.

Cooper ran for an at-large seat on the Metropolitan Council of Nashville and Davidson County in 2015. He was elected, receiving the most votes of the candidates running for the five available at-large seats.

Cooper ran for mayor of Nashville in the 2019 Nashville mayoral election. In the election's first round, Cooper led all candidates with 35% of the vote, advancing to a runoff election against David Briley, who received 25%. Cooper defeated Briley in the runoff election, receiving 69% of the vote. He is the first candidate to defeat an incumbent mayor of Nashville in an election since its consolidation in 1963. Cooper was sworn into office on September 28. Cooper’s campaign financing included $1.4 million in personal loans. Cooper raised less money for his campaign than his opponent but outspent Briley using his own money.