Kiritapu Lyndsay Allan is a New Zealand politician and Member of Parliament in the New Zealand House of Representatives know all about him in this article as like his Net Worth, Family, Wife, Children, Parents, Education, Salary and Biography 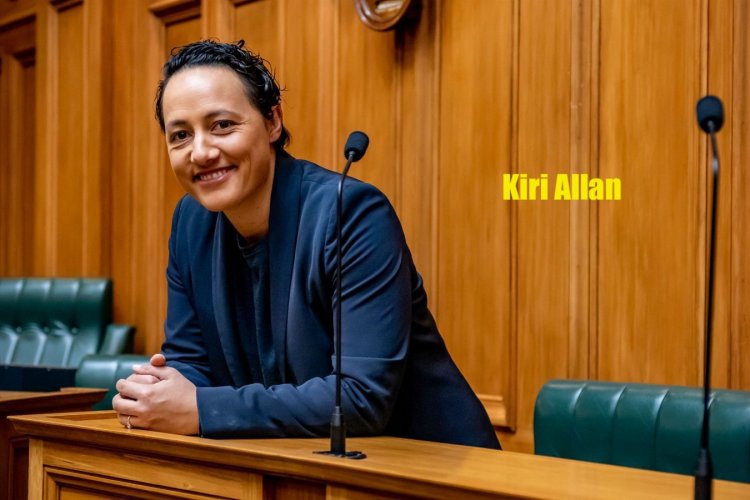 Kiritapu Lyndsay Allan is a New Zealand politician and Member of Parliament in the New Zealand House of Representatives. A member of the Labour Party, she entered the House as a list MP in 2017, and won the East Coast electorate in 2020.

Allan was born in Te Karaka, of Ngāti Ranginui, Ngāti Tūwharetoa descent. She grew up in Paengaroa. She is part of a family of 10 children. She dropped out of high school at 16. She worked at a KFC franchise in West Auckland (she joined the Service and Foodworkers Union at that time) and as a cherry picker. She studied law and politics at Victoria University of Wellington. During her university studies she worked in an internship with then-Prime Minister Helen Clark.

She married her wife, Natalie Coates, in 2016 after same-sex marriage was legalised in New Zealand. Her family had a baby just before the 2017 election and Allan brought the baby, to Parliament. Allan and Coates have since separated.

She worked for a period at law firm ChenPalmer. Later she was a commercial lawyer at and business consultant in Whakatāne before she became a politician.

Allan stood for Labour in the East Coast electorate in the 2017 election and was placed 21 on Labour's party list. Allan did not win the electorate (she came second to Anne Tolley), but entered Parliament via the party list.

During the 52nd New Zealand Parliament she was Labour's junior whip, and therefore the junior government whip. She was also a member of various Select Committees, including the Epidemic Response Committee during the COVID-19 pandemic. By the end of 2018, Allan was labelled a strong performer among backbenchers in Parliament. She is also the chair of Labour's rural caucus.

Ahead of the 2020 New Zealand general election, Allan was ranked at 25 on Labour's part list and was selected by the party to contest the East Coast electorate again. Anne Tolley, who had defeated Allan for the seat in 2017 had decided to contest the 2020 election as a List only candidate, and then had later decided to retire outright, leaving the seat open.

The 2020 election was held on 17 October 2020, Allan was elected as MP for East Coast, which saw a landslide victory for the Labour party. She defeated National's candidate Tania Tapsell by a final margin of 6,331 votes.

On 2 November 2020, Prime Minister Jacinda Ardern announced she would enter Cabinet during her second term in parliament, becoming Minister for Conservation and Minister for Emergency Management. In addition, she also assumed the associate ministerial portfolios for Arts, Culture and Heritage and Environment.

On 6 April 2021, Allan announced she would be taking medical leave after being diagnosed with stage 3 cervical cancer.