Sylvester Turner is us mayor of Houston, Texas know all about him in this article as like his Family, Net Worth, Parents, Wife, Children , Education and Career Earnings 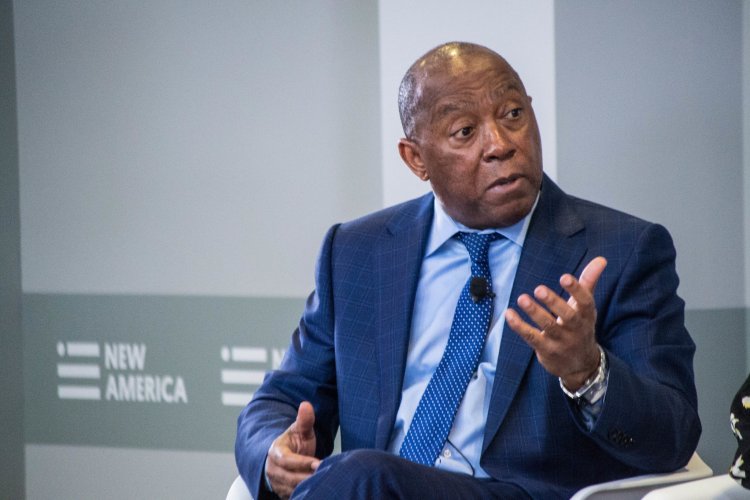 Sylvester Turner is an American attorney and politician and is the 62nd mayor of Houston, Texas. A member of the Democratic Party, Turner was a member of the Texas House of Representatives from 1989 until 2016. He attended the University of Houston and Harvard Law School. Turner ran for mayor of Houston in 1991, losing in the runoff election to Bob Lanier. He lost again in 2003, coming in third and thus missing the runoff.

Turner won the 2015 election, defeating Bill King in the runoff by 4,082 votes out of 212,696 votes cast in the closest mayoral election in Houston history by percentage.

On December 14, 2019, Turner won his second term as mayor over the more conservative Tony Buzbee, 56-44 percent in a turn out of less than 20 percent of registered voters.

Turner was born on September 27, 1954, in Houston, Texas, as the sixth of nine children, and was raised in the Acres Homes community in northwest Houston by his father, a commercial painter, and his mother, a maid at the Rice Hotel.

He was married to Cheryl Turner from 1983 to 1991, and they have one daughter, Ashley Paige Turner.

In 1984, Turner ran for Harris County Commissioner, Precinct 1 in the Democratic primary, but lost to El Franco Lee. Four years later, he was elected to the Texas House of Representatives in House District 139 in Harris County and remained in office through 2014. During that time, Turner ran unsuccessfully for mayor of Houston in 1991 and 2003.

During his 1991 campaign for Houston mayor, Wayne Dolcefino of KTRK-TV ran an investigative report questioning Turner's involvement in an elaborate insurance fraud scam. The resulting scandal ultimately cost Turner the election. Turner sued Dolcefino and KTRK and was initially awarded a $5.5 million libel settlement that was reduced to $3.25 million by the presiding judge. KTRK appealed the ruling. The Texas Supreme Court overturned the money award on the basis of heightened legal protections which the First Amendment affords to the media. But the court found that both of these specific broadcasts were both false and defamatory.

Turner served more than 25 years in the Texas House of Representatives, and over the course of his service, he served as a member of the Legislative Budget Board, Vice-Chairman of the House Appropriations Committee, Chairman of the Subcommittee of Articles 1, 4 & 5 (General Government, Judiciary, Public Safety & Criminal Justice) and the House State Affairs Committee. He also chaired the Texas Legislative Black Caucus and the Greater Houston Area Legislative Delegation. Turner has supported policies to attract doctors to underserved areas, proposed a measure increasing state funding for mental health services in Harris County from $32 million to $200 million and worked to increase funds for legal aid for poor Texans.

In February 2020, Turner endorsed Michael Bloomberg in the 2020 Democratic Party presidential primaries. However, in March 2020, he switched his endorsement to former vice president Joe Biden.