Andy Beshear is us governor of Kentucky since 2019 know all about Andy Beshear Net Worth, Family, Wife, Education, Children, Age, Biography, Political Career. 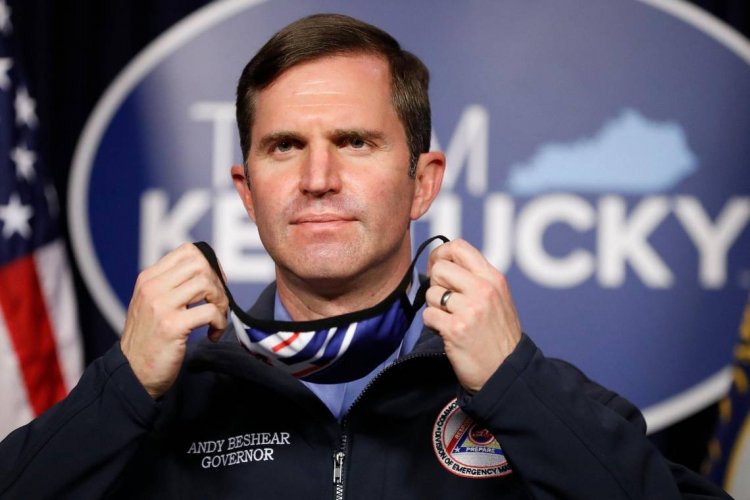 Andrew Graham Beshear is an American attorney and politician who has served as the 63rd Governor of Kentucky since December 2019. A member of the Democratic Party, he is the son of Steve and Jane Klingner Beshear – the 61st Governor and first lady of Kentucky.

Beshear was elected attorney general of Kentucky in November 2015. As attorney general, Beshear sued Governor Matt Bevin several times over issues such as health care and pensions, before challenging and defeating Bevin in a close race in 2019.

Beshear was born in Louisville, the son of Steve and Jane Beshear. He grew up in Fayette, Franklin, and Clark counties and graduated from Henry Clay High School in Lexington, Kentucky. Steve Beshear was the Governor of the Commonwealth of Kentucky from 2007 to 2015.

Beshear and his wife Britainy are both members of the Christian Church (Disciples of Christ) and serve as deacons. They have two children.

In November 2013, Beshear announced his candidacy for the 2015 election for Attorney General of Kentucky to succeed Democrat Jack Conway, who could not run for reelection due to term limits. He defeated Republican Whitney Westerfield by a margin of 0.2 percent, getting 50.1% of the vote to Westerfields 49.9%.

On July 9, 2018, Beshear declared his candidacy for the Democratic nomination for Governor of Kentucky in the 2019 election. His running mate was Jacqueline Coleman, a nonprofit president, assistant principal, and former state house candidate. In announcing his candidacy, Beshear said he would "make public education a priority." In May 2019, he won the Democratic nomination with 38 percent of the vote in a three-way contest.

Beshear and his campaign focused on local issues specific to Kentucky, such as Medicaid expansion, education funding, and pensions.

The night of the November 5 election, NBC News and other major outlets called Beshear the "apparent winner" over incumbent Republican Governor Matt Bevin, though the Associated Press called the race "too close to call" with less than half a percent of the vote separating them. Beshear won by 0.37 percentage points, getting 49.20% of the vote to Bevins 48.83%. Days later, Bevin had not conceded the race, claiming large-scale voting "irregularities" but not offering evidence. However, Kentucky Secretary of State Alison Lundergan Grimes office declared Beshear the winner.

On November 14, 2019, Bevin conceded the election after a recanvass was performed at his request that resulted in just one single change, an additional vote for a write-in candidate. Ultimately, Beshear won by swamping Bevin in the states two largest cities, Louisville and Lexington, both of which he won with over 60 percent of the vote. He also narrowly carried normally heavily Republican Kenton County in Northern Kentucky. Beshear carried only two of the states six congressional districts, but those districts were the states two most urbanized, the Louisville-based 3rd and the Lexington-based 6th.