Kim Janey is us Mayor of Boston since 2021 know all about him in this article as like his Family, Net Worth, Parents, Husband, Children , Education and Career Earnings 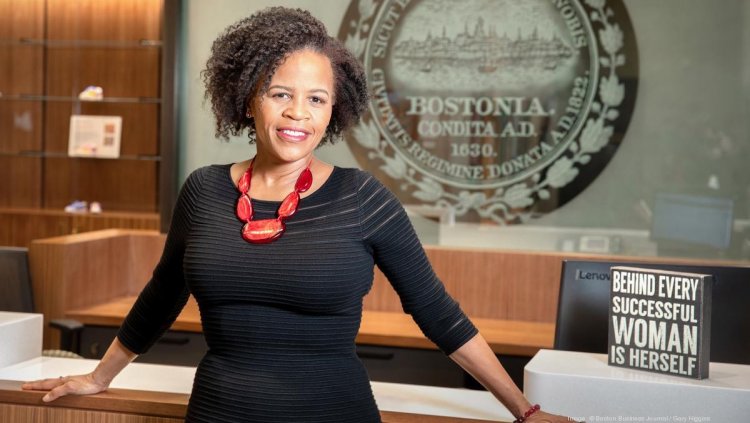 Kim Michelle Janey is an American politician who is currently serving as the City Council President and Acting Mayor of Boston, Massachusetts. She is the first woman and first black person to serve as acting mayor of the city during a vacancy in the office of mayor.

Janey began her career as a community organizer and education advocate, working for groups such as Parents United for Child Care. and Massachusetts Advocates for Children. A member of the Democratic Party, Janey entered politics when she successfully ran for the Boston City Council in 2017. She has been a member of the Boston City Council since January 2018, and was selected as president of the Council in January 2020. On the city council, she represents the 7th district (which includes Roxbury, with parts of the South End, Dorchester, and Fenway). Janey became Boston's acting mayor upon Marty Walsh's departure from the post when he was confirmed as the United States secretary of labor. Janey was a candidate in the nonpartisan primary of the 2021 Boston mayoral election, but had an unsuccessful fourth-place finish. Janey later endorsed Michelle Wu for the general election. Wu went on to win the general election, and will be Janey's successor.

Kim M. Janey was born on May 16, 1965, in Roxbury, Boston, to Clifford B. Janey and Phyllis Janey, who divorced when she was young. Her father taught and worked as a school administrator in Boston, and would serve as superintendent of the Rochester City School District, District of Columbia Public Schools, and Newark Public Schools. The birthplaces of her ancestors include North Carolina on her mother's side, and Guyana, Virginia, Nova Scotia, and Massachusetts on her father's. One grandfather was born in Chelsea in 1915 and a great-grandfather in Medford in 1890. She "has had family in the city of Boston for six generations".

When she was 11, Kim Janey attended school in Charlestown, Boston. She, along with other students, was bused from Roxbury to Charlestown, as part of Boston's controversial court-mandated school desegregation plan. She later attended high school in Reading, Massachusetts, under a voluntary program that allowed inner city students to commute to nearby suburbs for high school. She gave birth to a daughter at the age of 16. After graduating from high school, she worked to raise her daughter and attended community college.

She gave birth at age 16 to a daughter, Kimesha, who now works in financial literacy and realty. Kimesha is mother to Janey's three grandchildren.

Career as a Community Organizer

Janey worked as a community organizer and education advocate for Parents United for Child Care. She joined the Massachusetts Advocates for Children, a nonprofit, in 2001. At Massachusetts Advocates for Children, she worked for roughly seventeen years as an activist and project director, mainly focusing on eliminating g the opportunity and achievement gaps in education for children of color, children learning English as a second language, children with special needs, and children living in poverty.

In 2015, Janey served on the transition team aiding Tommy Chang in his transition into the position of superintendent of Boston Public Schools.

Janey was first elected to the council in November 2017, as the representative of District 7, which includes Roxbury, and parts of Dorchester, the Fenway and the South End. In the September Democratic primary she led the field of thirteen candidates with 25% of the votes and then she faced the other leading candidate, Rufus Faulk, in the general election. She won the election with 55.5 percent of the 8,901 votes cast. When she was sworn in in January 2018, she became the first woman to represent District 7 on the council.

In January 2020, Janey was elected as president of the City Council by her fellow councilors.

As a member of the council, she has focused on education and social justice. She has supported changing the method of choosing Boston School Committee members, replacing the current system of mayoral appointment with an elected school committee.

In July 2018, Janey, along with fellow city councilors Lydia Edwards and Michelle Wu, introduced legislation that would have removed as-of-right designations for chain stores, thereby requiring a conditional use permit for an chain stores to open and operate in any area designated as a "neighborhood business district". In promotion of the proposed legislation, Janey said, "While chain stores also play a role in our economy, it is imperative that community members have the opportunity to weigh in on whether to allow them based on the unique circumstances of their neighborhood business district."

Janey partnered with fellow councilor Michelle Wu to probe the city's process for awarding municipal contracts, finding that only 1% municipal contracts were going to women and minority-owned vendors. These findings were the impetus for the city to start looking at ways to diversify the recipients of city contracts.

In November 2019, the City Council passed an ordinance authored by Janey, aiming to increase equity in the legal cannabis industry. The ordinance included the creation of a new oversight board to assess and vote on applications for licenses based on a set criteria. Mayor Walsh signed the ordinance into law later that month. John Jordan of the publication Globest wrote that the ordinance made the city the, "first US city to prioritize cannabis industry diversity". The ordinance changed the way marijuana dispensaries were awarded licenses by the city, establishing an independent board to review applications. Previously, licenses were awarded by the mayor's office.

In 2021, Janey, with fellow councilor Andrea Campbell, proposed an ordinance that would have banned employers in Boston from running credit checks on job seekers, arguing that credit checks are most detrimental to low-income applicants.

On January 7, 2021, President-elect Joe Biden selected Boston mayor Marty Walsh as his nominee for Secretary of Labor. On March 22, 2021, Walsh was confirmed by the United States Senate; he resigned as mayor later that day. Janey, as president of the City Council, became the acting mayor of Boston, as prescribed by the Boston City Charter. Janey is the first woman and the first person of color to serve as acting mayor of Boston during a vacancy in the office. Janey held an unofficial swearing in ceremony on March 24. The historic nature of Janey being the first woman and first black woman to hold any mayoral-style role in Boston's history caused Janey's ascent to the role of acting mayor to receive national media attention.

Janey refers to herself as being "mayor", rather than "acting mayor". She identifies herself as Boston's 55th mayor. However, the Boston City Charter distinguishes between permanent and acting mayors.

Janey, as City Council President, remains acting mayor until the 2021 Boston mayoral election is decided in November 2021. Janey announced on April 6, 2021, her candidacy in the mayoral election. Per the Boston City Charter, acting mayors, “possess the powers of mayor only in matters not admitting of delay” and “have no power to make permanent appointments." In June 2021, amid tensions between Janey and the city council over budget discussions, the city council granted itself the authority to remove its president by a two-thirds majority vote. Should that action occur, the council would elect a new president who would be designated acting mayor. While Janey fills the some of the duties of mayor on an acting basis, the duties of city council president are being filled on an acting basis by the council's president pro tempore, Matt O'Malley.

After her term as acting mayor ends, Janey will be able to remain on the City Council until her current term as a councilor expires in January 2022.