Mike Parson is us governor of Missouri since 2018 know all about Mike Parson Net Worth, Family, wife, Education, Children, Age, Biography, Political Career. 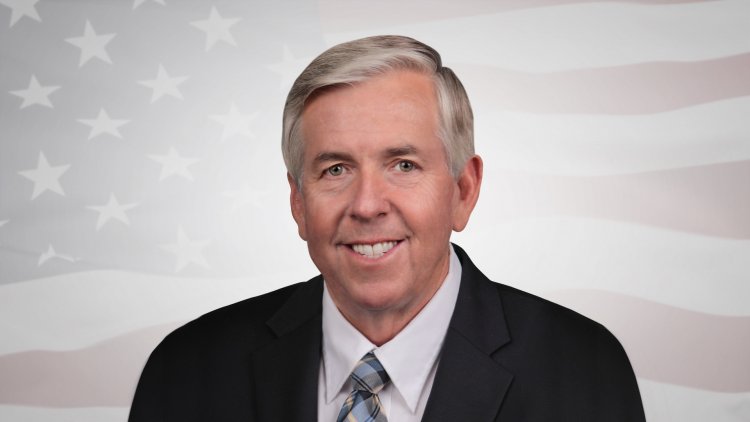 Michael Lynn Parson is an American politician, U.S. Army veteran and former police officer serving as the 57th and current governor of Missouri since 2018. A member of the Republican Party, Parson previously served in the Missouri House of Representatives from 2005 to 2011 and in the Missouri Senate from 2011 to 2017. He served as the 47th lieutenant governor of Missouri under Eric Greitens from 2017 to 2018. He was sworn in as the states governor on June 1, 2018, following Greitenss resignation; he served the remainder of Greitens term and was elected governor in his own right in 2020 over Missouri State Auditor Nicole Galloway.

Parson attended Wheatland High School in Wheatland, Missouri, graduating in 1973. In 1975, he enlisted in the U.S. Army and served in the Military Police Corps. He was discharged in 1981 at the rank of sergeant, and returned to Missouri to work as a sheriffs deputy. Parson became the Sheriff of Polk County in 1993, and served until 2004, when he was elected to the Missouri House of Representatives. He was re-elected in 2006 and 2008 before running for the Missouri Senate, which he was elected to in 2010 and re-elected to without opposition in 2014.

In 2016, after initially announcing he would run for governor, Parson instead ran for lieutenant governor alongside Eric Greitens, a former Navy SEAL. They won the election, and Parson was sworn in on January 9, 2017. In 2018, Greitens was federally indicted on charges of invasion of privacy and resigned on June 1, making Parson the governor until 2020, when he was elected over Democratic candidate Nicole Galloway.

As governor, Parson signed a bill criminalizing abortion after eight weeks of pregnancy and opposed Medicaid expansion. He oversaw the states response to the COVID-19 pandemic, where he issued a temporary stay-at-home order in April 2020, allowed schools districts to decide whether or not to close, and limited postal voting during the 2020 U.S. elections. Parson also oversaw Missouris reaction to the George Floyd protests, during which he pledged to pardon Mark and Patricia McCloskey, the couple involved in the St. Louis gun-toting controversy, if they were convicted of any crimes; he issued their pardons in August 2021.

Michael Lynn Parson was born on September 17, 1955, in Wheatland, Missouri, and raised on a farm in Hickory County. He graduated from Wheatland High School in 1973.

He enlisted in the United States Army in 1975, and over six years, he served in the Military Police Corps and was discharged from the Army in 1981 at the rank of sergeant. While in the Army, he attended night classes at the University of Maryland and the University of Hawaii, without completion of a degree.

He returned to Hickory County in 1981 to serve as a sheriffs deputy and transferred to the Polk County Sheriffs Office to become its first criminal investigator in 1983. Parson served as Polk County sheriff from 1993 to 2004. He purchased a gas station in 1984 and named it Mikes. He eventually owned and operated three gas stations throughout the area.

Parson married his wife Teresa in 1985. They have two children and live in Bolivar, Missouri.

Parson was first elected to the 133rd District in the Missouri House of Representatives in 2004. He was subsequently re-elected in 2006 and 2008. In 2007, Parson co-sponsored a bill to expand castle doctrine rights.

In 2010, Parson was elected to his first term in the Missouri Senate. He had signed the Americans for Tax Reform pledge not to raise any taxes. He served the Senates majority whip during the 96th General Assembly. He won re-election in 2014, running unopposed in both the primary and general election.

Parson initially announced he would run for governor in 2016, but opted to run for lieutenant governor instead. After defeating two opponents in the Republican primaries, he faced Democratic former U.S. Representative Russ Carnahan, whom he defeated in the general election on November 8, 2016.

During his campaign, Parson was criticized by his former chief of staff for allegedly proposing legislation on behalf of a lobbyist and a $50,000 plan to employ a valet for his vehicle. Parson claimed his former staffer was a "disgruntled former employee".

On June 18, 2018, Parson appointed fellow Republican Mike Kehoe, Missouri Senate Majority Leader, as Lieutenant Governor. The appointment came with legal uncertainty, as the Constitution of Missouri states that the governor can fill all vacancies "other than in the offices of lieutenant governor, state senator or representative, sheriff, or recorder of deeds in the city of St. Louis". However, Parson stated that he believed that the Constitution gave him authority to tap Kehoe as lieutenant governor. On June 19, 2018, the Missouri Democratic Party filed a lawsuit in an attempt to undo Kehoes appointment. The Democrats lost their lawsuit in the Cole County Circuit Court due to a lack of standing and the vagueness of the state law which states it cannot be done but does not provide a process to fill the position. Oral arguments were heard on November 7, 2018. On April 16, 2019, the Missouri Supreme Court ruled that the appointment was legal.

Parson appointed Lynn Parman, Jay Wasson, and Christopher Waters to the Missouri State University Board of Governors. Aside from the appointment of Kehoe, Parson inherited the same administration as his predecessor Eric Greitens had left. On May 24, 2021, Parson appointed Robin Ransom to the Supreme Court of Missouri, Ransom was the first African-American woman to serve on the courts bench, and the first Missouri Supreme Court justice appointed by Parson.

After filing to run for his first full term in the 2020 gubernatorial election, Parson, when asked if he would plan to run for another term in 2024, said "I dont see that in my future." Amid rumors that Parsons predecessor, Eric Greitens, who resigned over multiple scandals in 2018, would attempt to run for governor once again in 2020, Parsons team said they "doubt" the former governor would consider another gubernatorial run. The chairman of Parsons political action committee released a poll to see whether voters would vote for Greitens or Parson in a Republican primary election; the chairman then said, "I dont expect to run."

After denying implementation of voting by mail in Missouri, when asked about voters who have concerns about going to a polling place, Parson said such individuals should prioritize safety and not vote.

Parson defeated state representative Jim Neely and Air Force veteran Saundra McDowell in the Republican primary on August 4, 2020. He then went on to defeat Democratic nominee and State Auditor Nicole Galloway in the general election on November 3, 2020.