Muriel Bowser is us mayor of the District of Columbia since 2015 know all about him in this article as like his Family, Net Worth, Parents, Husband, Children , Education and Career Earnings 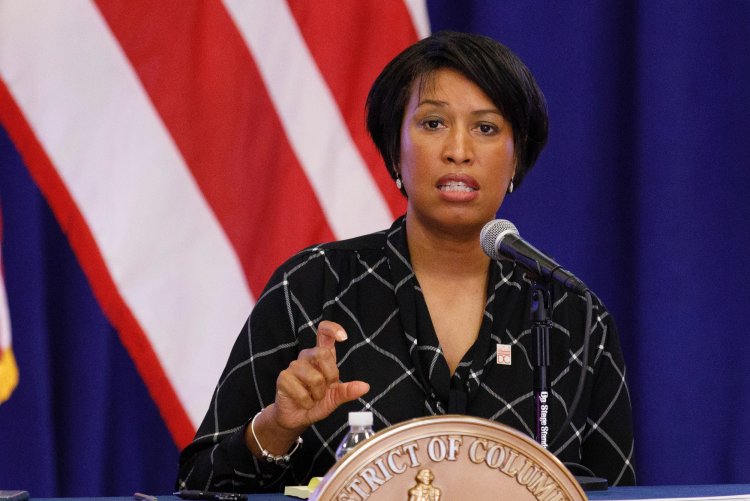 Elected to the Advisory Neighborhood Commission in 2004, Bowser was elected to the council in a special election in 2007, to succeed Adrian Fenty, who had been elected Mayor. She was reelected in 2008 and 2012 and ran for mayor in the 2014 election. She defeated incumbent mayor Vincent C. Gray in the Democratic primary and won the general election against three Independent and two minor party candidates with 55% of the vote. In 2018, she won a second term with 76% of the vote.

The youngest of six children of Joe and Joan Bowser, Bowser was born in Washington, and grew up in North Michigan Park in northeast D.C. Bowser's eldest sister, Mercia, died of COVID-19 on February 24, 2021. Mayor Bowser wrote, "Mercia was loved immensely and will be missed greatly, as she joins the legion of angels who have gone home too soon due to the pandemic.

Bowser has never married. In May 2018, she announced that she had adopted a baby whom she named Miranda Elizabeth Bowser.

Bowser began her political career in 2004, running unopposed for the Advisory Neighborhood Commission (ANC). She represented district 4B09, which includes the neighborhood of Riggs Park. She was unopposed again in 2006 when she ran for re-election.

Council of the District of Columbia

During a political forum with 17 of the 19 council candidates in attendance, Bowser was the only candidate present who supported Fenty's proposed takeover of the District public school system, saying that the school system needed to change.

When Fenty announced his support of Bowser, some critics claimed that, if elected, she would always vote as Fenty wished, ignoring the needs of her constituents.

Other critics took note of developers who had contributed to Bowser's campaign, claiming she would favor developers over her constituents. While an ANC commissioner, Bowser had voted in favor of a zoning variance for a condominium development to be built by a developer who had contributed several hundred dollars to her campaign, which some critics derided as a conflict of interest. Bowser maintained that she had supported the development project before running for Council.

Bowser won the special election with 40% of the vote.

In 2008, Bowser announced her reelection campaign for the council. Three individuals ran against her in the Democratic primary, namely: Baruti Akil Jahi, former president of the Shepherd Park Citizens Association, Malik Mendenhall-Johnson, then serving as Advisory Neighborhood Commissioner of 4B04 and Paul E. Montague, who had been Advisory Neighborhood Commissioner of 4B07 before being recalled in 2004. Both Jahi and Mendenhall-Johnson criticized Bowser, saying she was a rubber stamp for Mayor Fenty and that she was unconcerned with her constituents' needs.

No candidates' names were on the ballot for the Republican or D.C. Statehood Green primaries.

In 2011, Bowser was appointed to the Washington Metropolitan Area Transportation Authority board of governors, a position she held until 2015.

Bowser ran for reelection in 2012. Bowser said she would not turn down donations from corporations. Candidate Max Skolnik criticized Bowser for receiving campaign contributions from developers, corporate bundlers, and lobbyists, saying that Bowser would favor the interests of these corporate donors. Bowser said she was not in favor of banning corporations from making political donations altogether, saying that doing so would make it more difficult to track where campaign donations come from. She also said that corporations are banned from donating to federal elections, but that corporations still find ways to give to campaigns.

Bowser's candidacy was endorsed by the editorial boards of The Washington Post and the Washington City Paper.

On March 23, 2013, Bowser announced that she would run for Mayor of the District of Columbia in the 2014 election. Her campaign's chair was former council member William Lightfoot.

Bowser emphasized that she can connect with longtime residents concerned about the rapid changes occurring in the District, while still celebrating the changes that had occurred. Bowser disdained business-as-usual and corruption in the District's government. She favored free Metro fares for students. She was against increasing the minimum wage only for employees of large retailers. Bowser was criticized for being too inexperienced for the position with too few legislative accomplishments while on the council and for having a platform that was short on details. She limited the number of debates by only agreeing to participate after the field of candidates had been set, which postponed the first debate until August.

Bowser was endorsed by EMILY's List and the editorial board of The Washington Post. She won the Democratic mayoral primary election with 43 percent of the vote. To raise funds for her campaign she accepted contributions in excess of legal limits, for which she was fined after winning the election.

In the general election, Bowser was on the ballot with Independents David Catania, Nestor Djonkam and Carol Schwartz, D.C. Statehood Green Faith Dane and Libertarian Bruce Majors. No Republican filed. Bowser won the election with 80,824 votes (54.53%) to Catania's 35% and Schwartz's 7%, and took office on January 2, 2015.

Mayor of the District of Columbia

Bowser filed to run for re-election in 2018. James Butler, Ernest E. Johnson, and Jeremiah D. Stanback filed to run against her in the Democratic Party primary election. Ann C. Wilcox filed to run as a D.C. Statehood Green Party candidate. No one filed as a mayoral candidate in either the Republican Party primary election or the Libertarian Party primary election. Noting the nominal opposition and some "stumbles" during her first term, The Washington Post endorsed Bowser's re-election, citing the District's economic prosperity and Bowser's having fulfilled her promise to restore integrity to government. She then won the June 19 Democratic Primary with 83% of the vote, after her most formidable potential challenger, former mayor Vincent C. Gray, declined to enter the race. She went on to win the November 8 general election with just under 80% of the vote against two Independent candidates and one Libertarian.

During the election, Bowser sought to unseat incumbent Councilmember Elissa Silverman, who had frequently questioned the mayor. Bowser endorsed political newcomer Dionne Reeder and provided her with volunteer and fundraising support. Reeder lost by a significant margin and Bowser was not able to deliver a victory in her home base of Ward 4.