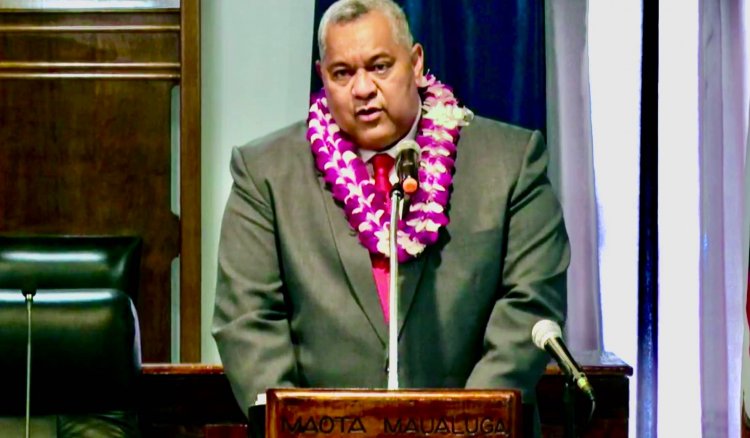 Lemanu Palepoi Sialega "Peleti" Mauga is an American Samoan politician and the 58th governor of American Samoa since January 3, 2021. A member of the Democratic Party, Mauga served as Senator in the American Samoa Senate, where he became the Chairman of both the Budget and Appropriations Committee and the Senate Homeland Security Committee.

Mauga was born in Nuuuli, American Samoa. After attending the American Samoa Community College, he earned a Bachelor of Arts degree from the University of Hawaiʻi at Mānoa. He received a masters degree in public administration from San Diego State University on July 30, 2012, a graduation ceremony held at the Governor H. Rex Lee Auditorium in American Samoa.

Mauga served in the U.S. military for more than 20 years, including the Persian Gulf War, before he retired with the rank of major. Following his retirement, Mauga became the director of Army Instructions and continued to work with American Samoas JROTC.

In the 2020 American Samoa gubernatorial election, Mauga and his running mate Eleasalo Ale were elected governor and lieutenant governor respectively. Mauga assumed the office at January 2021.