Laura Kelly is us governor of Kansas since 2019 know all about Laura Kelly Net Worth, Family, Husband, Education, Children, Age, Biography, Political Career. 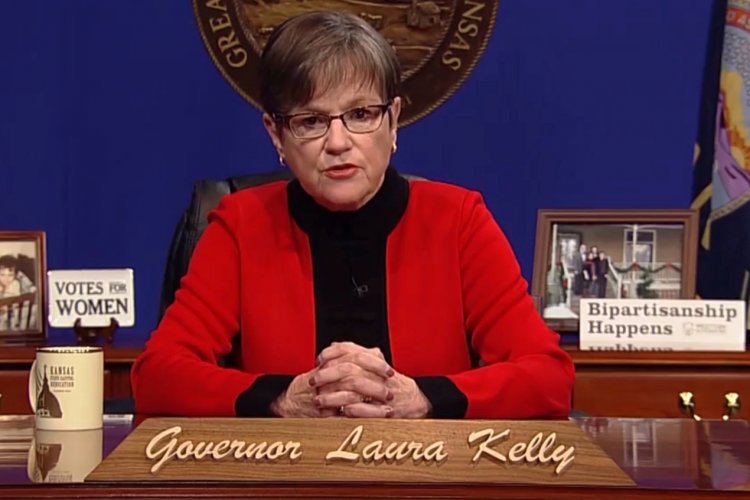 Laura J. Kelly is an American politician serving since 2019 as the 48th governor of Kansas. A member of the Democratic Party, she represented the 18th district in the Kansas Senate from 2005 to 2019. Kelly ran for governor in the 2018 election and defeated the Republican nominee, Kris Kobach.

Kelly has been married to physician Ted Daughety, a specialist in pulmonary and sleep disorders, since 1979. They moved to Topeka in 1986. They have two adult daughters, Kathleen and Molly Daughety.

Kelly was elected to the Kansas Senate in November 2004, later serving as Minority Whip. In 2007, she was asked to serve as the Ranking Minority member of the Kansas Ways and Means Committee. Kelly helped to establish the Early Childhood Development Block Grants program in the State of Kansas.

In late 2009 Kelly briefly considered a run for Kansass 2nd congressional district. During the 2011–2012 legislative sessions, she served as the Assistant Minority Leader of the Kansas Senate.

On December 15, 2017, Kelly announced her intention to run for governor of Kansas. In the Democratic primary she ran against former mayor of Wichita Carl Brewer and former Kansas Secretary of Agriculture Josh Svaty.

On May 24, 2018, Kelly announced State Senator Lynn Rogers as her running mate. On August 7, she defeated Brewer and Svaty, receiving 51.5% of the vote. On November 6, Kelly defeated the Republican nominee, Secretary of State Kris Kobach, receiving 47.8% of the vote.

On December 23, 2020, Kelly declared her candidacy for reelection in 2022 in a podcast with the Kansas Reflector.